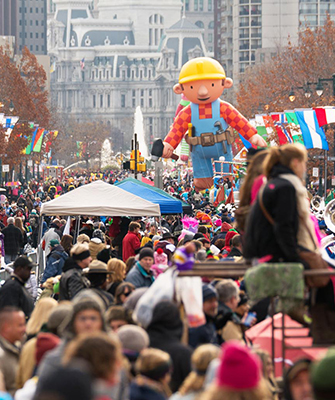 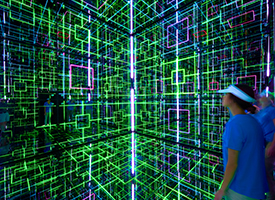 Why is Philadelphia called “The City of Brotherly Love?” We were wondering, too, so we looked up the answer: its founder, William Penn was a Quaker who came to the colonies to escape religious persecution. He wanted his new colony to be a place where anyone would worship freely, so he chose two Greek words—philos (meaning “love”) and adelphos (meaning “brother”). Philosadelphos. From there, it was just a short hop to “Philadelphia,” a city now known for its unique fusion of history, youthful exuberance, and cheesesteak sandwiches.

As the second largest city on the East Coast and close to other popular destinations, Philadelphia is the premiere choice for U.S. and global meeting professionals. In keeping with its moniker, the city warmly welcomes visitors, encouraging them to experience the vibrant streetscapes lined with parks, public art, restaurants and museums. Philadelphia boasts more Impressionist paintings than any other city outside Paris-
—the Barnes Foundation Museum is home to works by all the greats including Renoir, Matisse, and Cézanne. The city is also quite a player in the unofficial outdoor mural competition and is home to over 2,000 outdoor murals. Philadelphia is commonly referred to as the birthplace of America. This is not surprising given that it is the location where both the Declaration of Independence and the U.S. Constitution were written.
The Declaration was also signed here. Home to the National Constitution Center, the Liberty Bell, Independence Hall, and other important historical landmarks, you will literally be walking in the footsteps of America’s founding fathers in Philly. Philadelphia offers affordable, accessible, innovative and impeccable amenities with Old World charm. If you’re in the stages of planning an event, conference, or incentive, let Philadelphia show you some love.

ACCESS is the destination management company that coined the term … wait for it … destination management! That was more than 50 years ago and they’re still passionate about the industry they helped create, define, and refine.
When they told us, “Service is everything to us—and we are obsessed with getting it right!” we were certain we had the exceptional DMC partner we needed for destinations across the USA. Planning an event in the U.S? Contact us and we’ll work with ACCESS to deliver a proposal for an exceptional event!